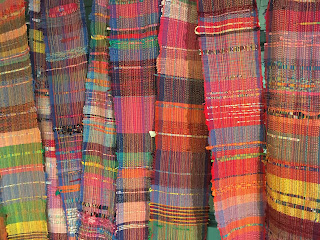 I was the artist in residence at Francis Wyman Elementary School in Burlington, MA from Monday April 23rd through Friday April 27th. During this time the students in grades 2 through 5 created a community tapestry for their school. They were asked to bring in something of their own that could be added into the piece as a treasure. The rules were nothing mushy, gross, perishable or alive. Students brought in all kinds of items such as lost gloves and socks, hockey laces, plastic jewelry, ribbons, old t-shirts, and even tiny little pencils. 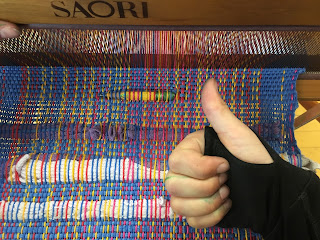 Each student had a chance to sit down at one of the three loom in the art room and learn to weave. They chose a bobbin color and a treasure to weave into their section. Even after my first day with the students, we had created quite a bit of fabric.


During each art class, one student from each table was invited to work on one of the three looms. Once their section was complete, they would choose someone else from their table to come over and work at the loom next. I was happy that we were able to give all the students that were in class an opportunity to work on a loom.

We also made connections to their art curriculum since many of students were working at their tables on art projects that related to weaving. For example;  some of the fifth graders were using backstrap looms, some of the fourth grades were weaving potholders, and some of the third graders were making small woven baskets.

Day 3 of the residency and the looms were overflowing! I decided to prepare another warp just incase...
By the end of the day on Wednesday our first strip of fabric came off the loom.


By Thursday morning we had a new set up ready to go and continued to weave. 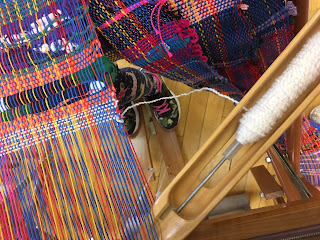 Day 5, my final day working on this project, we completed 33 yards of fabric and at lease 334 people worked on the looms over five days time. At least 668 hands worked together to create this unique and colorful handwoven tapestry.

Please feel free to leave a comment below. I'd love to hear from you.

Also, if you know of a school that would be interested creating a community tapestry like this one, please email me for further information at stacey@staceypiwinski.com. 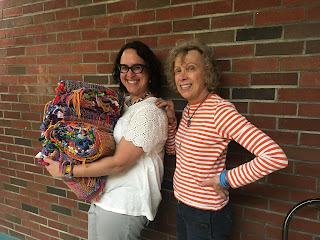 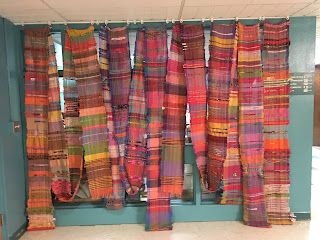 Posted by Stacey Piwinski at 7:28 AM 2 comments: 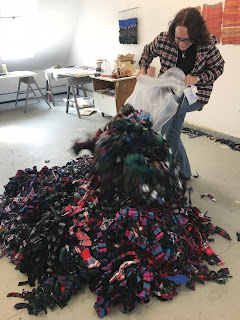 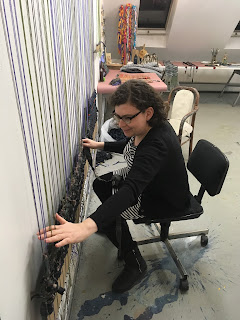 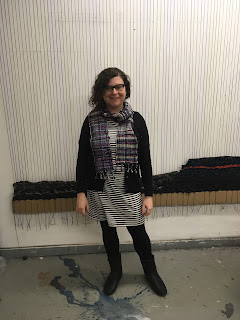 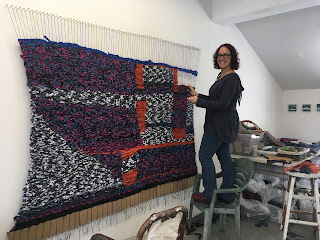 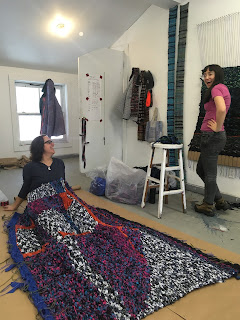 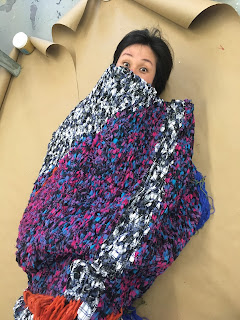 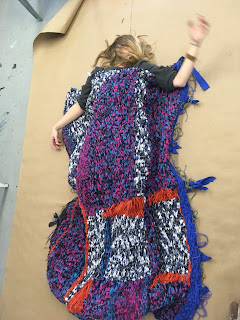 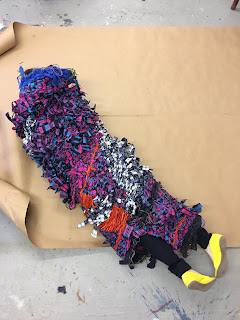