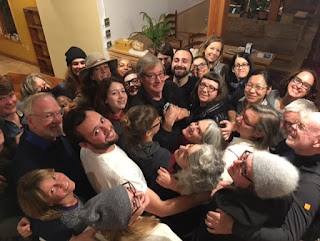 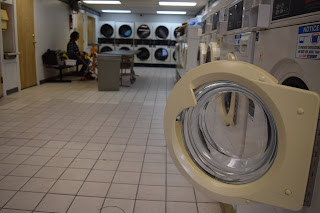 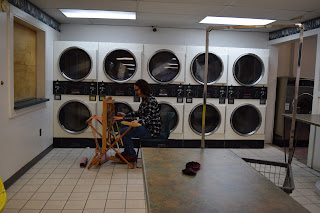 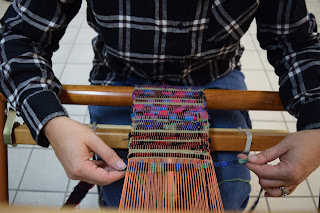 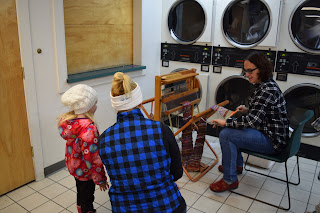 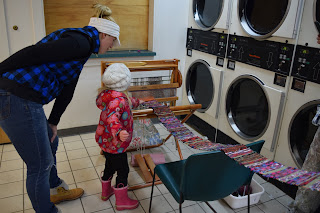 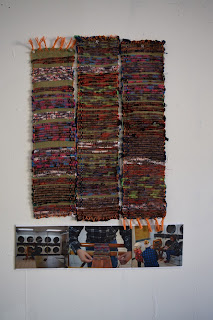 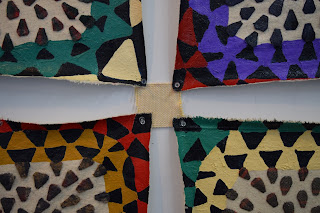 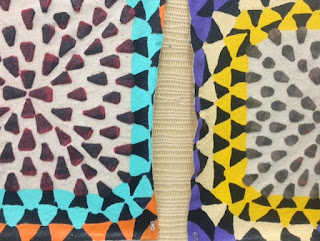 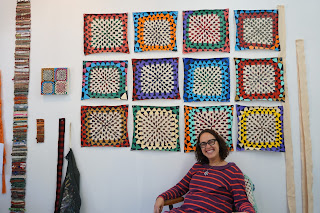 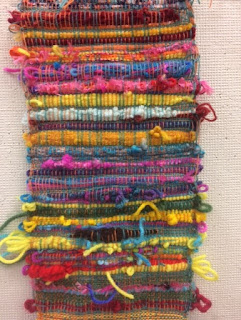 
Inspired by the tour I took when I first arrived here almost a month ago, we were warned that it was hunting season and that we should wear bright orange while walking through the woods for our own safety.... the Orange Hat Project began....and now it is complete.

Thank you to all the residents here at the Vermont Studio Center that took the time to participate in this exchange. I love how the project have evolved from orange hats to scarfs, mittens, shirts, pants, etc... 33 people participated in this project and created the community weaving pictured below. 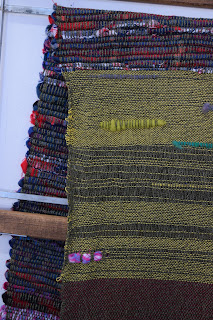 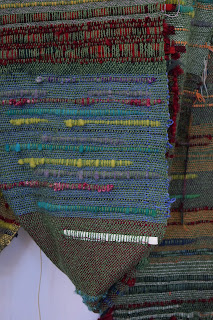 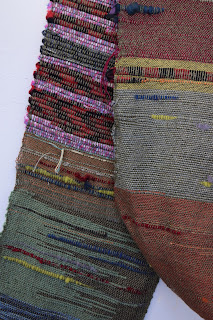 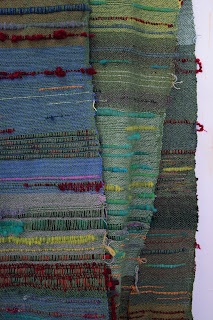 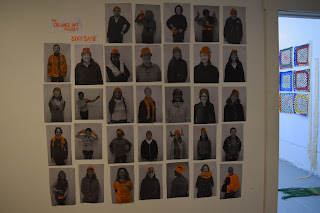 Thank you. This project would not have been a success without all of you... Stay safe everyone! 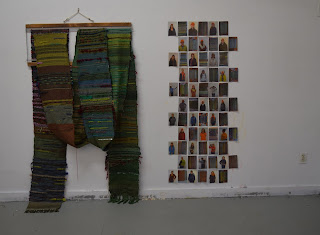 Posted by Stacey Piwinski at 3:10 PM No comments: